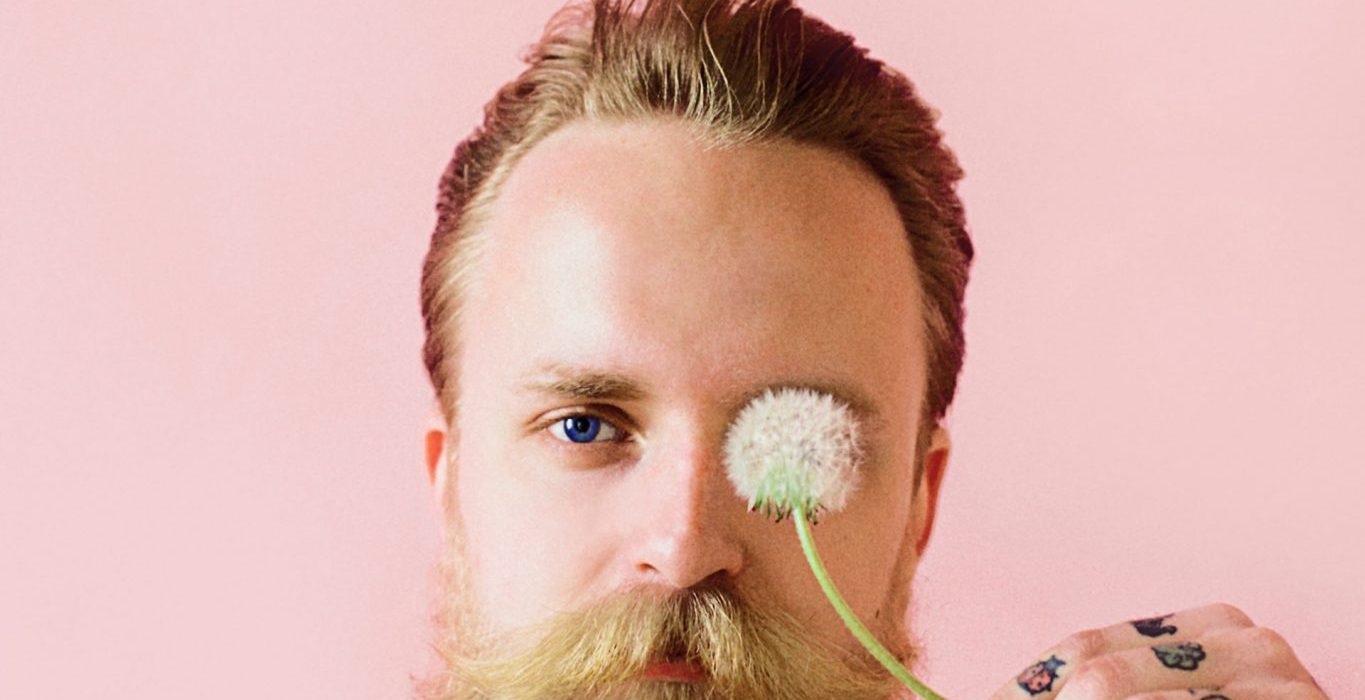 Within an end-of-summer Sunday, I met with Brenda Goodman, along with Our respective significant others, in her local haunt in upstate New York, the Phoenecia Diner. “It is the hot spot,” she’s warned me in advance, but I’m still surprised by the crowds waiting outside for brunch. After the hostess realizes we’re using Goodman and her partner Linda, we are whisked directly to a ideal windowed booth. They’re on a first name basis with all the waitstaff, who are subsequently familiarized with their typical orders and specific requests. Once seated, Goodman gets down to business. “What I want to know,” she says, looking at me pointedly,”is the reason you hadn’t interviewed me earlier.”

There are no art world games or fake niceties with Goodman. She’s not going to pull any punches — interpersonally, or in her job. Perhaps it’s this very rawness and truth telling which has earned her a large, dedicated following. She does not trade in art or theory speak. She talks about her tools, how she gets the work, along with the impulses and emotions behind it: ambition, fear, death, shame. And if within her self-portraits, or across the table at brunch, she looks back at usas if to demand that’s not all we care about, also. Brenda Goodman (photograph by the author for Hyperallergic).

Goodman’s work has moved between abstraction and figuration For several decades. She is famous for self-portraits, shown overweight and nude, alone in the studio, holding brushes, or jamming globs of impasto paint into her mouth. Her latest work still evokes the entire body: limbs reaching bodies out curled up into balls. She paints hollow core doors, first cutting into them with linoleum cutters and ice picks and attachments for her Dremel drill, to incise the surface with”automatic writing” that guides the growth of forms.

It feels appropriate that Goodman paints these hard, coarse surfaces. Hers aren’t paintings intended to gently ingratiate themselves. Rather, they need that we face distress, longing, and our subconscious, in addition to beauty.

She received her BFA from the College of Creative Studies, from which she also received an honorary Doctorate of Fine Arts in 2017. After moving to New York City in 1976, her work was included in the 1979 Whitney Biennial and she has had 40 solo exhibitions. In 2015, a 50-year retrospective was presented at the College for Creative Studies, Detroit. She will be the subject of a solo exhibition at The Landing Gallery, Los Angeles, at January 2020.

Brenda Goodman, “Guardian” (2019), oil, mixed media on wood, Jennifer Samet: Can you have any formative Experiences as a kid in Detroit that directed one to artmaking?

Brenda Goodman: I really did do small paintings and Drawings as a kid, but I wasn’t one of those children who understood at three years old that I was likely to be an artist. I had a family that did nothing and went nowhere. My dad was a workaholic. No one took me to the museum . We didn’t go on vacations; I don’t recall books in the home; there wasn’t any music in our family. I had a teacher in third grade who had the pupils sing in the front of the entire class.

I could not even sing”Happy Birthday” like everyone else at a Celebration at a restaurant. I didn’t know what it intended to match a notice. My spouse, Linda, and I would go for walks around the road and she’d get me to practice singing. For weeks we did so, and when I had my 60th birthday in a restaurant, I was able to sing like everybody else. I began taking singing lessons with an opera singer. I have never worked so hard in my whole life. There is a series of functions I created called”Songs”

JS: Despite this backdrop you ended up at The school in Detroit that was subsequently referred to as The Society of Sciences and Arts. How did that occur, and what was your experience there?

Doing things together like crumpling paper and putting ink on it. I found out that there was this private art college in Detroit. I took an evening class in high school. And I left a tiny portfolio and was accepted with a full scholarship. My school taught fundamentals: how to stretch a canvas and use rabbit skin glue. I learned about makeup and they had us draw a skull for six months.

My instructor, Sarkis Sarkisian, would not let us use paint for The first six months. We were only doing small thumbnail still life compositions. After that, he let’s use earth colors. And then, he let us use blue and red and the rest. Sarkisian said,”Every square inch ought to breathe.” I remember that like it was yesterday.

Once, I was working very attentively on a 5 by 7-inch painting With different shades of lavender and perfect small shapes. My teacher, Sam Pucci, watched it and said,”Hey Brenda, you’re painting to be an old lady!” This was a turning point for me personally. Everything changed after that.

I wouldn’t exchange my background for anything. Pupils aren’t Taught this way anymore. When I saw the Whitney Biennial, I believed that a good deal of the paintings looked like they had been done in art college. I think a good deal of young artists don’t want to take some opportunity to actually learn a craft. I used to tell students,”If you really want to learn how to use oil paint, you need to take five or six or seven years from your own life and find out, experiment with as many tools and techniques as you possibly can. Learn all of these things before you get out in the world and individuals are putting pressure on you to begin showing.”

They do not even instruct glazing in schools today. One of the most essential tools I ever learned. One of my main gripes is when pupils are planning their MFA shows and also the faculty tells them”Ensure that your work is consistent.” No! They shouldn’t be consistent. There ought to be one of every kind of painting they could envision in their own show. They should experiment. For me, whenever I find a new instrument, my work opens up to a completely new location.

BG: There was a group called the Cass Corridor, And in the early 1970s, I had been friends with a lot of the folks in this group. We had a cooperative gallery known as the Willis Gallery, where we’d shows. Back in 1980, there was a museum show of all our work: Kick Out the Jams.

My work was distinct from another Cass Corridor artists. They were mostly guys who used substances like barbed wire and surfaces using holes. Detroit was a demanding spot and they had been representing the city. My work had a surreal feeling, and it was very personal. It had been based on what was happening in my life in the time. But we were a team and it was really nice.

Brenda Goodman,”Self-Portrait 4″ (1994), oil on wood, 80 x ray Jack Tworkov was in the city and he watched the series with all the art dealer Gertrude Kasle. Tworkov said,”You must show her” So she gave me a show in 1974. I was the only local man in her stable. In one group series, my painting was Guston along with a Tworkov. It was incredible. Gertrude was the real thing.

Philip Guston came to my studio after when I was in Detroit. So many facets of his work resonate with me. For instance, I used to get a lot of anxiety around the telephone — wondering if people were going to call me; when they were going to call me. Then, 1 day, I had been looking at a book on still lives and there was a painting by Guston of one black phone on a table! Years after Guston died, I moved into his house at Woodstock. He had a cupboard full of cadmium red paint, and his daughter gave me a few tubes.

JS: Your early work needed a diaristic facet. Can you talk about that?

BG: Yesit had been like that for a really long time. The job was just like a daily journal. I’d paint what was going on in my entire life with symbols to represent unique people. In Detroit I made a painting titled after a Faye Kicknosway poem,”The Cat Approaches.” It included a abstracted heart shape which I created for myself since I wanted to feel much more connected to my own feelings. I had an extremely tough exterior in Detroit and that I desired more flexibility to come through.

Back in these days, I’d go home to the decor and paint Everything that occurred in my life. When my mom died, I left a series of paintings about her. Afterwards, when I weighed 200 pounds, I made self-portraits. I was coping with food issues, and looking at myself, and allowing the painting be a mirror for what I had to change about myself. It worked. I lost a lot of weight. I then place it on and lost it again. But that’s beside the point.

In the 1980s I did a series of paintings. They were Mostly empty rooms with just a few things in them that suggested a story. Then I painted one area that had nothing inside, that was a big threat. It just had light coming through the doorway. It turned out that a buddy of mine had bone cancer and she purchased the painting to the Museum of Contemporary Art in Chicago. Before she gave it to her, she lived with it, and she said it felt like a peaceful place to cope with dying. At that stage, I said ,”Alright, you can throw all your brushes off now, Brenda. It’s possible to quit painting.” Because as far as I was concerned, that was the greatest.

JS: Your job changed significantly in 1985. Can you speak about that transition?

BG: Yes, I had been doing very tight surrealist Paintings from the mid-1980s. It got to the point at which everything needed to be so exact and perfect. I found I had no place to go. I recall Susan Rothenberg stating,”There should be a surprise each time you turn the corner.”

This was approximately 1984-85. I decided to Stop smoking and said, “I’m going to go on a journey.” I was smoking three packs of cigarettes every day. I made a series of paintings called”Voyage” which shows a few of the shapes I had been working together on a boat in the water. I left my studio for a year, because I knew I couldn’t paint with no cigarette. The link between being in the studio and smoking was so powerful.

I used to visit FOOD, the artist restaurant in Soho. I’d An”office” at the first table from the window. One day I introduced a few 6 x 8-inch Index cards with me and just began doing scribbles — automatic writing. I saw It was so Free, compared to the tight surrealist painting I had been doing. It took me into a Whole new location. I did several small paintings, and then 36 x 50-inch newspaper Pieces in oil, then larger paintings. It was quite exciting to me personally.

We Are Berliners, A Tribute to The Walls, Weiss biers, and fantastic Weirdness